Well a couple days ago Wyatt turned 1, May 26th to be exact.  I don’t have a clue where the time went. Seriously, anyone know?

Anyway this whole week was busy at work, so there was no big celebration, but I did purchase a new toy for him at the last show.  And I must know him pretty well because he loves it. 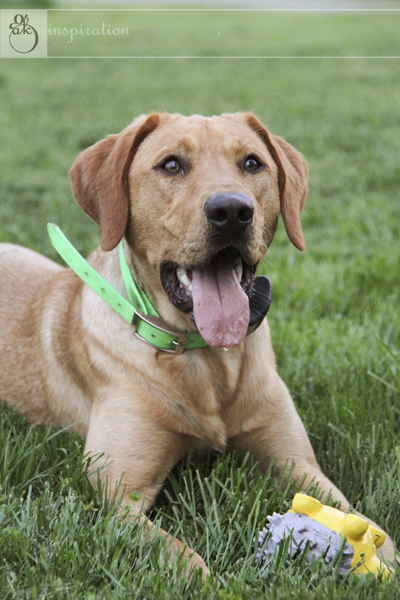 Does he look happy or what?  I was just going to get a couple documentary photos of him with his toy, but then went back in for the camera to take more.  There was not much light that evening as it was stormy, so bear with me. 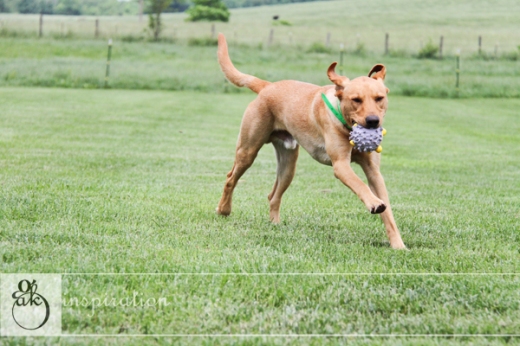 So when C finished mowing (again for the 3rd time this week) we pulled out the new toy and played fetch with him while Luna was in her kennel inside.  That may sound cruel but it would be easier for her, as she could not watch and bark from the window.  I wanted him to have some time with it before we brought her out. 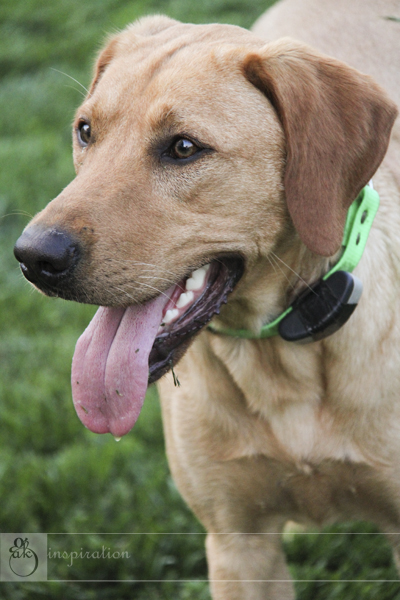 And fun he had… so then we brought Luna out, and I let her have a go. 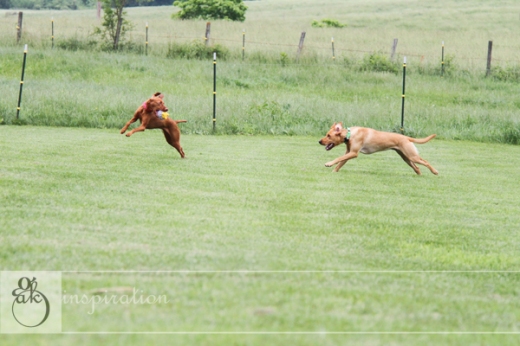 I think she has the whole taunting thing down… what do you think?  And typically when I throw the same object for them, even if Luna beats him to it, she will often back off as Wyatt tends to come after the toy/stick like a tank… and she has found out it simply is not worth it to be hit by the tank.  But she has the speed on him, and lots of practice catching rubber toys as they bounce off the grass… which is when she got it in the above photo, and below 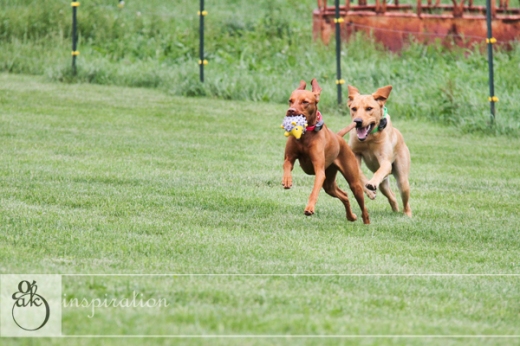 And sometime I admit, to encourage running of both, I will sometimes hold wyatt to give Luna a chance to get it before he gets to her, so they will chase.  If he gets it he just brings it back and she barks about it.  This does not help me wear her out, Wyatt does not have the energy she does, even being a year to her 3.5.  So after she did not want to run anymore with the toy we brought out the bumper launcher for Wyatt 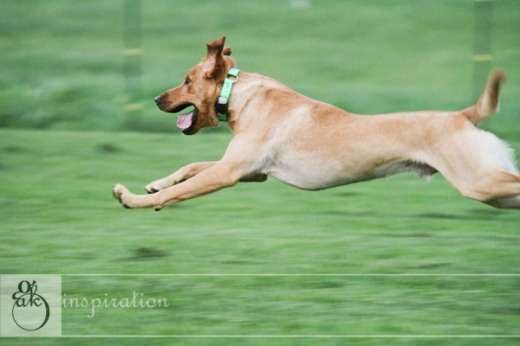 Wyatt and Luna both love it.  And it cracks me up to see them take off for it, their brains want to go much faster than their bodies are able.  I was not happy with most of the photos due to their speed and the lack of light, so we will have to repeat this photo session when we have better weather.  This is a good way to wear them out, or take the edge off quickly because they both run so fast for it.  Other method is the 4 wheeler which Wyatt LOVES.  The 4 wheeler comes in close second to retrieving for Wyatt.  His tongue can be hanging out the side of his mouth and he won’t stop, if I’m still doing laps he has to follow.  Luna will now too, but she has figured my pattern out and will cut corners and run the inside lap (she is too smart).

After cooling off after playing they came in and had dinner, followed by his second treat.  A new chew from White Dog Bone… basically a cow leg cut off about a foot or two above the hoof.  Oh and dried or cured however they do that. I would post a picture but I must admit the things look rather disgusting so i rather spare you, need less to say they loved them.  And that concluded our evening.  I would have liked to bake something for him but simply did not have the time due to work.  Next year maybe, or maybe just sometime for no reason.

More photos on my photo blog soon.  And I have decided I hate color correcting, and that green is one of the harder colors to get just right, when dealing with yellow/red dogs.  Ah well.  Tomorrow the pups and I are headed to one of my favorite places… the arboretum, to run till our hearts content (well them, I will be walking).

PS. wordpress works SO much better on firefox…. hopefully this trend continues.

I am a native of Virginia but recently relocated to Maryland I often feel I am simply a visitor... here to take note of little things people often pass by... I enjoy photography, family, the outdoors, reading, my vizsla... etc etc
View all posts by Anna →
This entry was posted in Everyday Life and tagged dog, fetch, lab, pet, photography, portrait, puppy, vizsla. Bookmark the permalink.

10 Responses to Wyatt Turns 1! So he’s stealing the blog